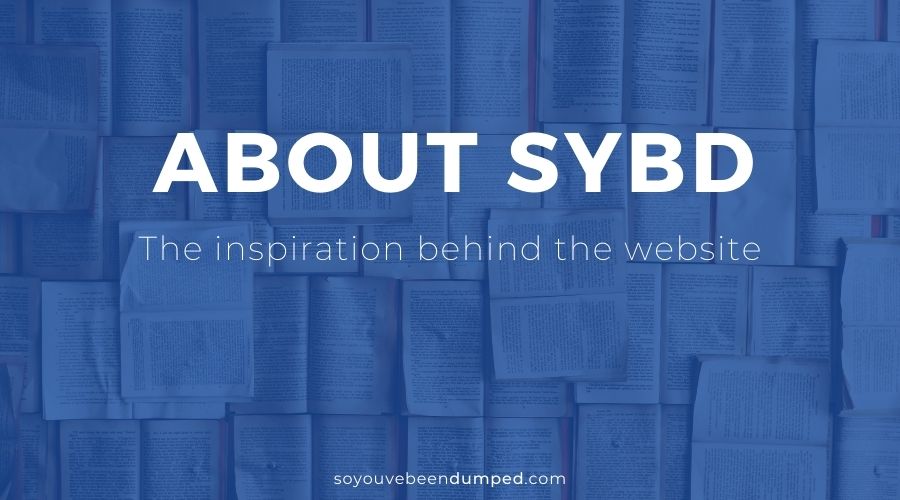 So You’ve Been Dumped was launched in the summer of 2000 by me, Thea Newcomb, with help from my many friends and family members. The inspiration behind the site came on the back of three soap-opera worthy breakups – a husband, a would-be “soul mate” and a wanna be priest. (He never became one, incidentally.) Truthfully, SYBD was never about any of them. In fact, I have been grateful to all of them. These heartbreaks were merely catalysts to launch a place where men and women – around the world – could share stories and support each other. Read my most life-changing breakup tale of woe below.

Though most of us have experienced at least one painful breakup in our lives, how we choose to recover, and how long it takes varies from person to person. The length of the relationship doesn’t necessarily correlate to the recovery process. Regardless of whether the relationship lasted ten weeks, months or years, being rejected hurts. What follows are some notes from a painful breakup. I’ve tried to break it down into phases, but it should be noted that I, personally, fluctuated between the recovery stages. Plus, it’s not uncommon to feel many of the stages concurrently.

“But I thought you were the one…”

I’ve had my fair share of relationships in my life, but I think I have only ever really been truly “in love” once. As cliched as it may sound, I truly believed this man to be a “soul mate”… right up until the day he dumped me with that one, quick, international phone call (on my dime, no less). I had felt our love was the “forever” sort. For years, he treated me well, our connection was solid, and I was never given any reason to doubt him or his love. Then, with that one quick call, he obliterated our relationship – leaving me to feel shell-shocked and abandoned.

When I got that relationship-ending call, I cried non-stop for the first four or five days (and off and on for the next month!). As we spoke, I kept repeating things like “I can’t believe this is happening to me” and asking “are you sure?”  It just didn’t seem real, and I wondered when I would wake up from this horrible nightmare. I didn’t eat or sleep for the first two days. By the third day, my friend Jenn, who’s a nurse, came around and forced soup down my throat (at the time I wasn’t a soupy type of person). She sat with me sympathetically for hours those first few days – not having a clue what to do or say.

By the fourth day, I was back on solid food but, even then, my appetite remained “off” for several weeks. It was shocking how someone who supposedly loved me – like no other – could simply cast me aside like a piece of old garbage. It surprised EVERY ONE of the many people who knew us as a couple. 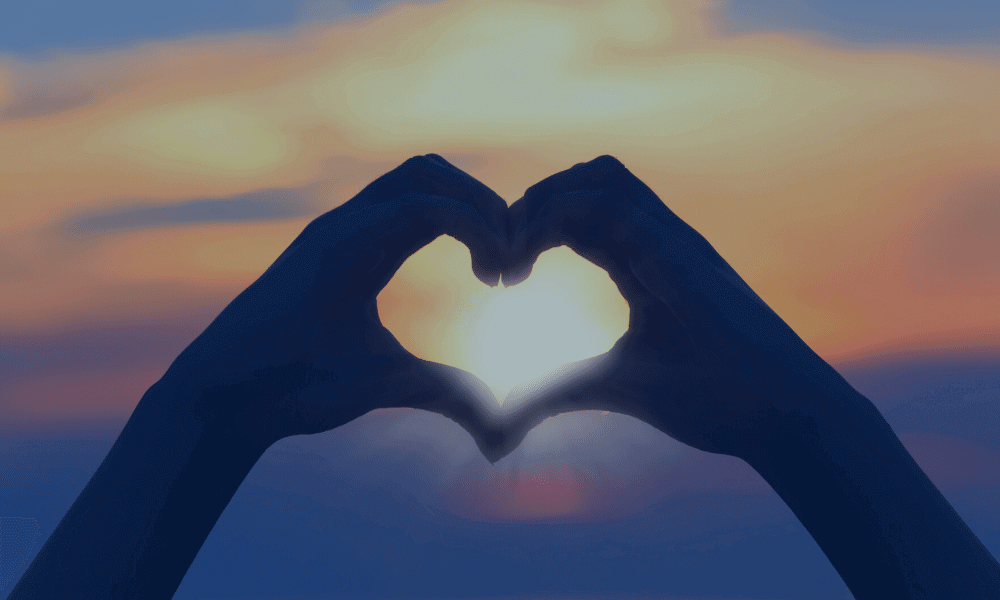 After that, for the weeks that followed, the range of emotions I felt was often overwhelming. I was angry that he could seemingly ruin my life with that one, simple phone call. I was angry at myself for him having that power over me. The pain engulfed me, and at times it seemed never-ending. I felt like I was literally buried, eye-ball-deep in sadness. I felt robbed of the beautiful future that I thought we would have together. We had just moved into the type of home that you start a family in. I was so hurt that he could just transfer his affections to someone else, literally over night, and seemingly without batting an eyelash. I was amazed at how hard this hit me. I ached to the very core of my being. It was worse than anything I had ever experienced in my life, yet at the same time as this wide array of emotions – I also felt numb. 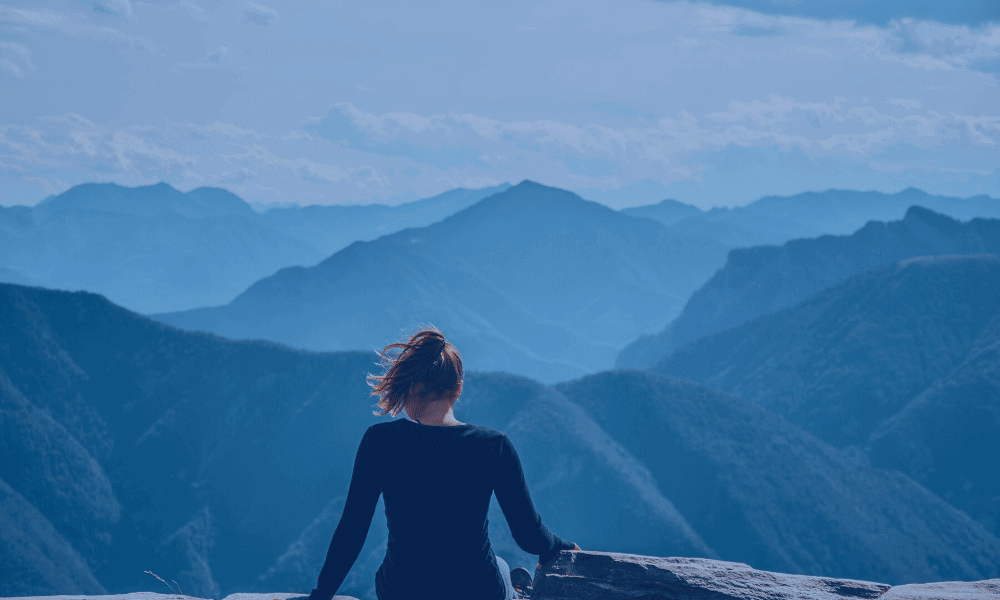 Sense Making – Aka the Why? Why? Why? Questioning Stage

How could I be so foolish, stupid, and oblivious? I was so embarrassed that I never saw it coming. I was totally blind-sided. I felt confused because we seemed so happy. I thought we loved each other. I thought we cared for each other. Many friends, seemingly, envied us. Our sex life was great and frequent (well, in my opinion anyway). Our friendship was strong and I’d describe our communication as open and respectful. Simply put, we were good together, we gelled – or so I thought.

How was I the last to know? How could I have been the only one in this relationship that was blissfully happy? How could I be so stupid? I felt so humiliated that I could not have known him like I thought I did. I began to wonder if we ever REALLY know someone. I began to question absolutely EVERYTHING that we said and did over the past several years together. Was it all just a big lie? Was it all just an illusion?

There was the feeling of being soul-destroyed. Everything I had ever grown to believe in was shattered in an instant. All my hope vanished and for the weeks to come, I could not see a light at the end of the tunnel. The one question I kept asking myself was “what have I done to deserve this?”

Competition – The Race is On

I was jealous because he had a new and exciting relationship. He had someone to take to the beach, to snuggle up to, and to kiss passionately whenever he wanted. I tormented myself with visions of them in my head. The mind can be a very cruel thing: I pictured them in the bed we’d bought together; going to the places we used to go; watching TV in the house we had just bought; lounging in our new garden; and driving the car that I had picked out. Yes, he appeared to have everything. I, on the other hand, felt like I had nothing. No one to kiss, no place to live, no car to drive, no job and worst of all – no love. I felt life was VERY unfair.

Oh the Worries… Fears At Every Corner

Fears of being on my own gripped me – because I had never been on my own. I was afraid I could not support myself. What if I wasn’t strong enough to make it on my own? What if no one would ever fancy me or love me again? What if I would never have sex again? How would I learn to trust again? How would I regain my will to live again? I feared that I might do something “foolish”. I wondered if I might be manic-depressive or bi-polar. What if I never stopped crying?

Ultimately, I worried that I would always feel this lost and scared and alone.

What next? Get a job? Find a nice place to live? Move to London? Move back to California? Stay in Scotland? Date? Movies? Write? Work?

I plotted revenge in the most gruesome of fashions. All my empathetic (and yes devious) friends gave me the most creative ideas of how to get back at him/them. They suggested watercress in the carpet, cutting up clothes, hair removal cream in the shampoo, fish in the floorboards or wall cavities – you name it, I heard I! The revenge fantasies worked for a while but eventually I got bored and opted for a more positive form of revenge.

Besides, “what comes around goes around” and I didn’t really want the bad karma!

During this phase, people do something totally out of character. For some it might be drinking heavily, drugs, heading off around the world, drastic makeovers, or having flings.

After a month or so, the shock subside slightly and the fears became less haunting. I opted to have a fling (or two) which is very out of character for me. It did, however, allay my fears that no one would ever find me attractive (or sexy again). It worked. It was brief – but it did the trick and I have no regrets.

For reasons I can’t really explain, it was at this point that I began to be a bit more forgiving of both my EX and HER. He wasn’t a bad person – he was just lousy at endings. In true “change your hair, change your man” style, I lightened my hair, bought some sexy new clothes and underwear, got a bit of a tan and worked out a lot!

I started to feel a bit better. My confidence came trickling back. . . 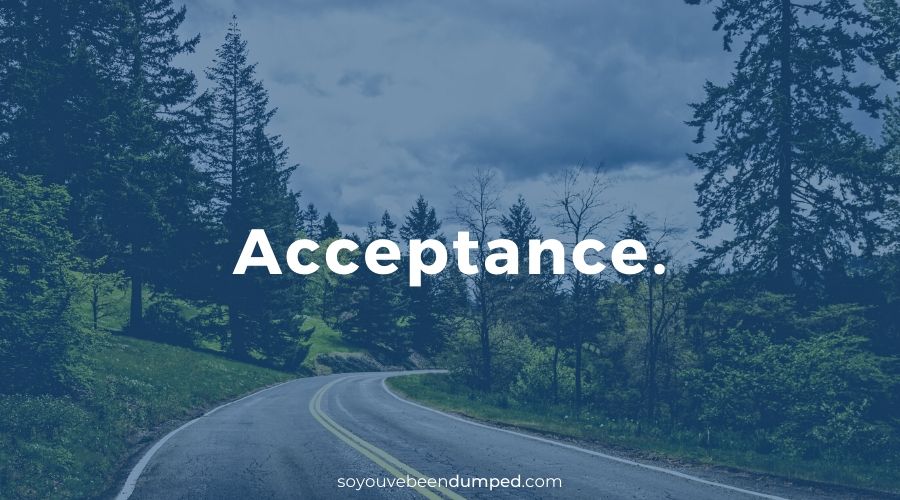 Eventually, approximately six weeks after the break-up, a new feeling emerged: RELIEF. I was so glad we never got married. I began to feel liberated and excited about the possibilities that now lay before me. I was excited by the challenge of becoming truly independent! I started to view the breakup in a totally new light – by vowing to see it as an “OPPORTUNITY” and not the end of the world. To choose to see it as the gift that it was and to be grateful for the experience. Yes, this breakup was a blessing in disguise. It is in times of great adversity that we grow and learn the most about ourselves. This was quite the learning experience!

In the early stages, I had practically wished he’d get killed in a car crash. Then, the vindictive side wished he would get dumped to see how it felt. The vengeful side wanted to make him pay for what he had done to me. The naïve side wished he’d come back, begging. The insecure side wanted him to come back and take care of me. Then, the independent side took over and I didn’t really care what happened to him (or her). Whether they were blissfully happy or fighting all the time – it made no difference to me. As I began to put the pieces of my life back together, I came to the conclusion that it was OVER. The best thing for me to do would be to focus on myself – and no one else.

In time I started to feel good about myself again. After having the rug pulled out from underneath me, it was no small feat, I can tell you! If I can do it, you can do it too. Remember that nothing ever happens to us, it happens for us. What’s the gift in your situation? It’s there, I promise you.

Peace, hope and healthy relationships to you all. Now it’s your turn to make lemonade. Share your story over in the Exchange.

Find SYBD on Facebook and as SYBDStories on Instagram. Some t-shirts and merch on a SYBD collection on Teepublic.