How, When and Where Did Your Relationship End? 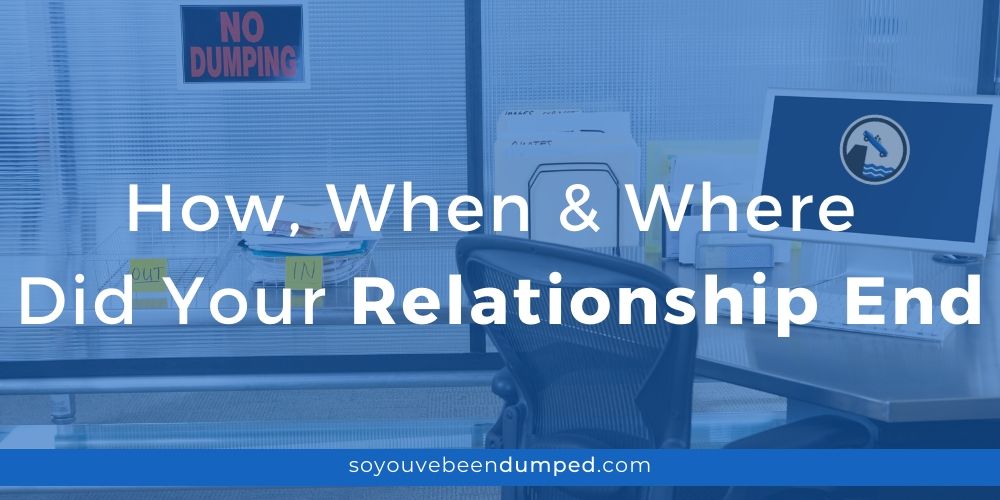 One of the best, long running threads ever on SYBD’s old forum was the “How, When and Where Were You Dumped?” discussion.

It was a place where people told their personal stories of being deserted in random and mundane locations: like supermarkets, on planes, in cars, in bed, on the sofa, in restaurants, in car parks and in the bath tub too.

SYBD visitors from all over the world have been left at some of the most inopportune times. There have been tales of being dumped on birthdays, holidays (e.g. Thanksgiving, Christmas or New Year). Some have been left when pregnant, during exams, on vacation or while in hospital. Site members have been dumped by phone, text, by email, messengers – even on a Post-Its (Yes, even before Sex and the City ever wrote that into their story line, it was  on here on our forum.) Come to think of it, one  young girl was even dumped by her ex’s mother! 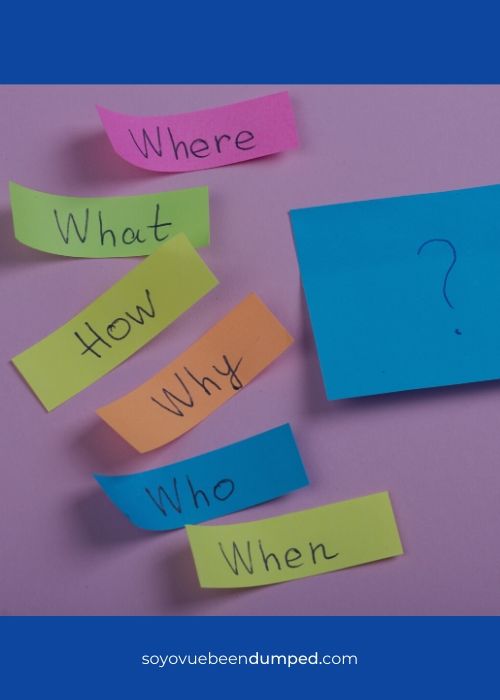 No Good Way to Say Goodbye

In the 20 years of running this site, I’ve yet to truly see a pain-free way to end things, but certainly one of the worst ways I have seen is by being ghosted.

Ghosting is when some coward doesn’t even dignify a person with an actual “goodbye”. They just disappear. They ignore all calls, texts, emails, and messages. Speaking from experience that is an extremely unpleasant experience and leaves the dumpee with so many unanswered questions.

Two decades on, visitors to SYBD continue to witness how universally-bad people are when exiting their relationships.

So do you have a story to tell? Then today’s blog post is for you. Have a gander at this video of real breakup stories. Don’t worry, it’s short.

Please share how, when and where your relationship ended in the comments below.