Stop! Don’t Look. Ignorance is Bliss: No Good Ever Comes From Cyber Snooping 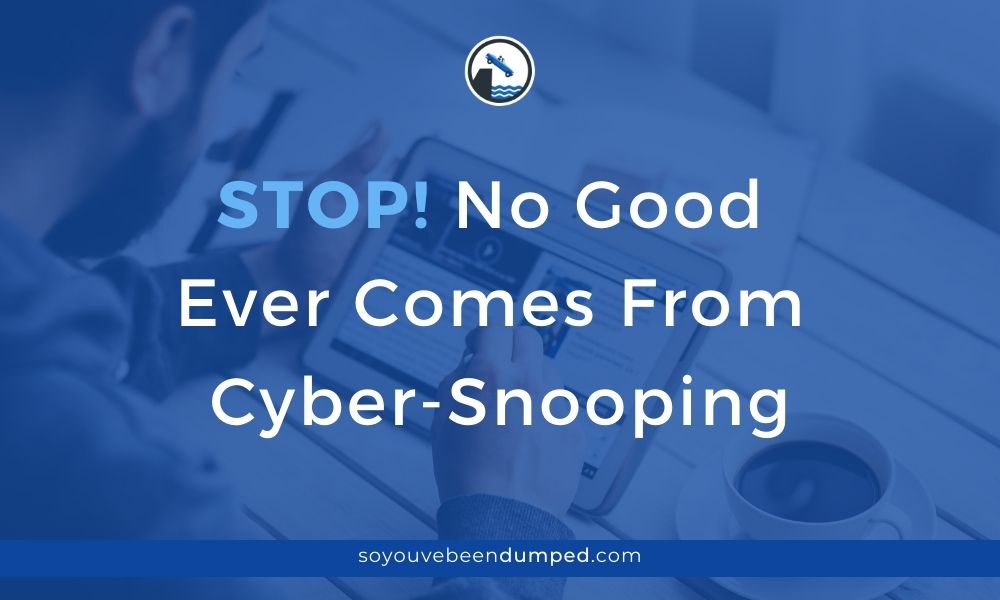 Have you ever snooped? Be honest. This is an updated post from many years ago about spying, snooping or stalking – both during and after the relationship has ended.

Inspite of my incendiary blog title, it’s also a discussion about extenuating circumstances, your motivation for spying and times when it is detrimental to healing or helpful to our psyche.

Are there times when the snooping can be a good thing? Of course, but let’s discuss.

Spying on Exes is Not New

Spying on exes has been probably happening since the big bang, but it’s changed dramatically over the last ten or twenty years.

When I was a teenager, spying meant doing a “drive by” of their house or work. (Guilty as charged). Years later it was constantly checking their MySpace page.

Back in SYBD’s early days many posts talked about how much of a temptation it was have a wee nosy at their phone (when still together) or maybe even their email to see what (or who!) an ex was doing. (Guilty here too!)

Anyone who’s going through a breakup now, in this hyper-digital age, where social media is so ubiquitous, knows that cyber-snooping is arguably a million times worse! Blogs, Instagram, SnapChat, Facebook, Twitter et al. So many places to stalk their digital footprint. 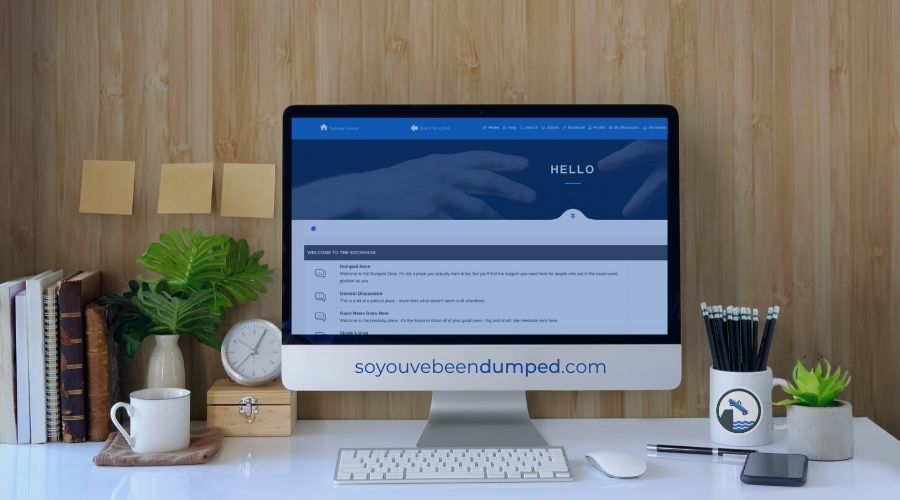 SYBD Members Discuss Snooping (During & After)

Former members of the SYBD forum often asked one another if they had ever snooped on their ex. It was amazing how many people admitted to it and ways they did.

“Yes, I’ll admit to snooping in the first months of our split, I joined as a member of one of the message boards my ex regularly posted on, not proud of it, but it did prove useful, as I found out quite a lot of stuff that she really didn’t want me to know about, which has allowed me to keep one step ahead of her rather warped way of thinking.”

I’ve snooped twice in my life. Once, with my now ex-wife when I suspected she was having an affair (and she was), and most recently with a now ex-girlfriend when I suspected she was not being exclusive when she said she would be (by reading her email, I found out that she had posted a personal ad while we were together!) The theme? In both cases, I was suspicious, and in both cases, my snooping not only turned out to validate my suspicions, but also saved me a lot of grief (e.g., for latest ex, it would have been far worse for me to have her meet somebody through the personal ad and then leave me for him). Sometimes the world is colored in shades of grey. But one thing is true — if I feel the urge to snoop in a relationship, then that says something about the health of that relationship.”

Ok, so Mike does bring up some valid points there…It’s not a black and white situation. Trust your gut.

This post is more about after the relationship has ended. Desperately wanting to see what your ex is up to.

Have You Ever Spied on An Ex?

I never heard of this being discussed before, and never realized that there were others that would do the same. I have done it so many times, but it just set me back each time! Actually, by snooping into his email I found out about the affair that ended our marriage. I had been worried that he was being unfaithful and denied it for the longest time. It was only when I confronted him with a loving and sexually explicit email from his girlfriend did he admit to it. My first crack at his email was precisely to try to see what he was up to. and i was right! Yes, it is definitely wrong to do it, and i was just being a masochist when i kept reading his emails and checking his electronic accounts after I was dumped! How sick is that?

Eyes Forward Not Back

, When I say that “no good ever comes from cyber snooping” I am meaning after the relationship has ended. It’s not black and white of course. There’s no judgment here. I’ve been there as you can see. Chances are you probably have too, in some shape or form. As harmless as it may seem, if you’re in the early stages of getting over a breakup, it can actually do more harm than good seeing what they’re up to. It may cause you to read into what you see on there which can cause setbacks. Remember people on social media always tend to post their happiest moments which can skew the view!

So if your breakup is fairly fresh, then consider banning yourself from spying on the ex – at least until you can handle your own worst case scenario…for most of us that’s them dating (or even just sleeping with) someone new. It’s not a competition or a race to get over it. Stay in your lane, employ the No Contact rule, and focus on building your own new and brilliant life.

Feel free to share your experience in the comments.

If you liked this you may enjoy reading this post about being Lucky (in love and life).

If you want to write a reach out to your ex, read this post first: So You Want to Write a Letter to Your Ex

This site uses Akismet to reduce spam. Learn how your comment data is processed.