What Helped Me Over My Breakup – SYBD Members’ Advice 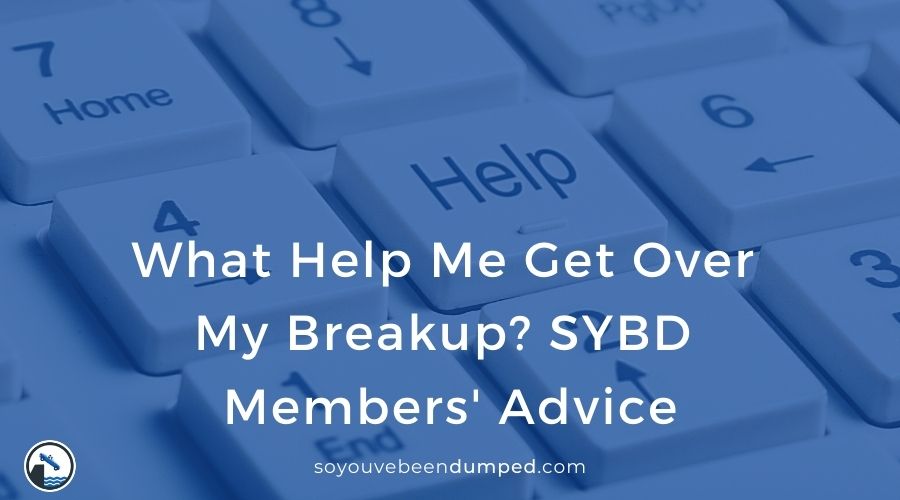 What Helped Me Over It?

What follows are some soyouvebeendumped.com members’ advice dating back to the early days of SYBD. These words are universal and timeless and just as relevant as they were back then as they are today. The idea here, going forward on this resurrected blog, is to provide relevant and helpful content in the form of tips, stories, advice and interviews – throughout the years of SYBD.  It will be a mix of new and archive posts. Hope you find it useful

When we broke up, I decided it was time to think of ME for a change. I basically started to do all the stuff that would have caused a row if we’d still been together. The feeling of freedom was so liberating it was unreal, and it really helped me get over things. I’m also saving for a new pushbike. I always enjoyed cycling, both for fun and transport, but she never liked any kind of keeping fit, so this is my liberation. Plus, it saves about £30 ($40) bus and taxi fares per week

Here’s a list of a few little things that I did to help me move on when my girlfriend ended to our 5-year relationship. These suggestions are probably pretty obvious, but they might help someone.

I talked to loads and loads of people, told my story dozens and dozens of times and made sure I didn’t bottle anything up. Virtually everyone I’ve spoken to (friends, parents, other family, my counsellor, even my local vicar!) was very sympathetic and understanding. I got help. I saw the doctor, and I saw a counsellor. Don’t be afraid to get help!

2. I put all the photos, letters, cuddly toys etc from her into a box, said something akin to a final farewell, and put the box into the loft. Out of sight, if not out of mind, but not constantly there in my daily life to remind me. That goes for ANYTHING that reminds you of your ex (e.g. I deleted her phone number from my mobile phone).

3. I started to exercise more. Yeah, it’s tough, and you probably don’t feel like it, but do lots of running, and I promise you, you will feel a bit better afterwards! Do anything really – running, walking, cycling, playing any sports, or even dancing.

4. I cut out the booze. Shock horror! I said to myself I don’t want to avoid the problem – I want to tackle it head on. And alcohol is of course a depressant. It might sound drastic, but it helped me! I even stopped drinking coffee, to cut out the high and the comedown! I’ve needed to get back on an even keel in order to make my emotions a bit more predictable from day to day. I made sure I was eating properly, caring about what I ate, and what it was doing to me. Now I’m not saying cut out all those tasty bits and pieces, but just treat your body better! I started treating myself with respect, and taking practical steps to push me in the right direction.

Of course, your emotions don’t just change just like that, but your body needs to be looked after as well.

5. Something else I did was keep a diary/journal to help get feelings out when I didn’t want to burden friends and family again with the story I had recounted a thousand times. Plus it also helped me to look back at how much progress I’d made even over the space of the first two months. I started out feeling that I just couldn’t go on, to feeling now that there just may be a way forward…

6. Finally, get the anger out. When I’ve been out walking on my own (and there aren’t too many people about…) I’ve found myself shouting and swearing out loud at her, about all her faults, and all the ways in which she’s used me. It feels good afterwards; I don’t feel like a victim so much. When you’re at home, find something to take your anger out on like soft a cushion or pillow and then punch or kick it…I know it sounds mad but it works!

I think talking to people can really help. I’ve done that extensively. Eventually, I got bored at telling the story, which I took as a good sign! I have a couple of friends who told me that they wish they’d talked to friends when they got dumped, instead they tried to keep it inside and deal with all the emotions by themselves. I developed a plan to put all pictures, messages, our engagement rings etc in a box and put it away somewhere. I think it’s a good plan to get her/him out of sight. I got reminded of her all the time, so I wanted to minimise any more opportunities. 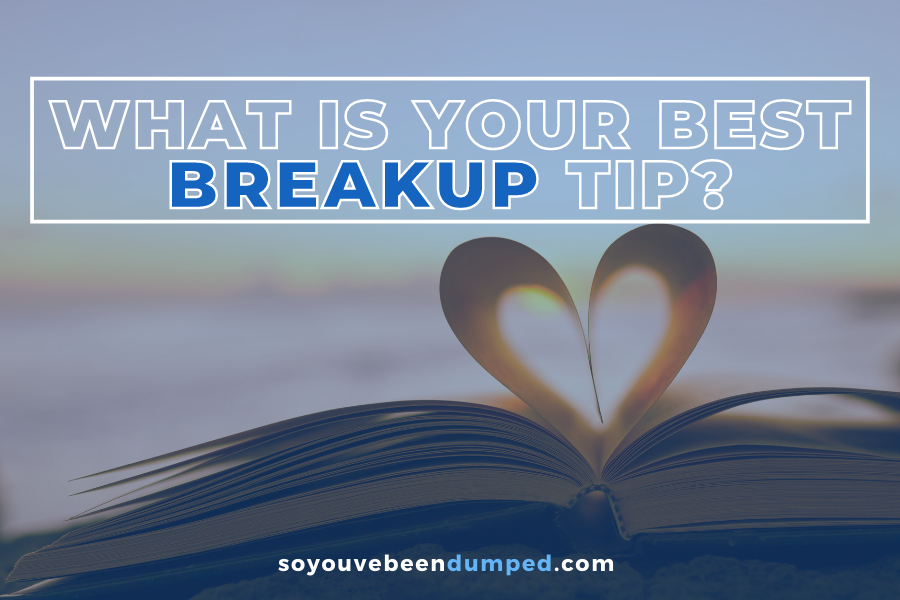 What is Your Advice?

What sort of advice would you give to someone who is going through a break up with an ex? Have you tried any of the advice mentioned above? Let me know in the comments below.

New and archive content will be added to this blog regularly. So please check back or follow us here on WP.

ED NOTE: Before you go, please consider check out my collection of So You’ve Been Dumped Merch over on TeePublic. I’d be happy to make any design for you, for free, just reach out to me here!